How Michael Jordan and the Air Jordan 1s changed the game.

When Michael Jordan was drafted into the NBA in 1984, he joined a rapidly changing league in a rapidly changing world. Five years earlier, Magic Johnson and Larry Bird had carried their collegiate rivalry over into an NBA that had recently merged with the ABA. Along with star Julius “Dr. J” Erving, the NBA had gotten a big dose of high-flying athleticism as well as the ABA’s three-point shot. The 1981 NBA Finals would be the last shown on late-night tape delay. The ever-expanding fan base was ready for new stars, new champions—and a new shoe.

For Nike, Jordan represented a huge opportunity if they could sign him. Jordan himself wanted to wear adidas, the brand he wore in high school. But Nike had a plan where other brands didn’t, to not only give Jordan a (for the time) big contract, but to also take his input and create a shoe just for him. And then, beyond that, to give the new shoe a marketing push unlike any that had ever come before. Jordan himself would debut the shoe early in the NBA season, and it wouldn’t go on sale until April of the following year.

For Nike, the time couldn’t have been better to introduce something new. And, given their timeframe, what happened next was perfect—the NBA banned their new shoe. Well, not exactly. What they banned was a custom version of the Air Ship, an inline shoe and Air Force 1 successor that had been made up in the Air Jordan’s black-and-red color scheme. It didn’t fit the uniform code, the NBA said, and it was out. Nike responded by doing two things: They created a version of the shoe that added white panels to the black and red upper, meeting uniform regulations. And they turned the ban into that famous TV commercial.

When the Air Jordan finally released in April of 1985, the hype had built to a fever pitch. Jordan, voted in as an All-Star starter, was well on his way to Rookie of the Year honors. And with jerseys still being something of a specialty-store item, his shoes were the best way for fans to show allegiance. According to the language of Jordan’s initial five-year, $500,000 per year deal with Nike, the last two years would become guaranteed if he sold $4 million worth of shoes in the deal’s third year. Instead, Air Jordan did $100 million worth of business in the first 10 months. Air Jordans were everywhere. 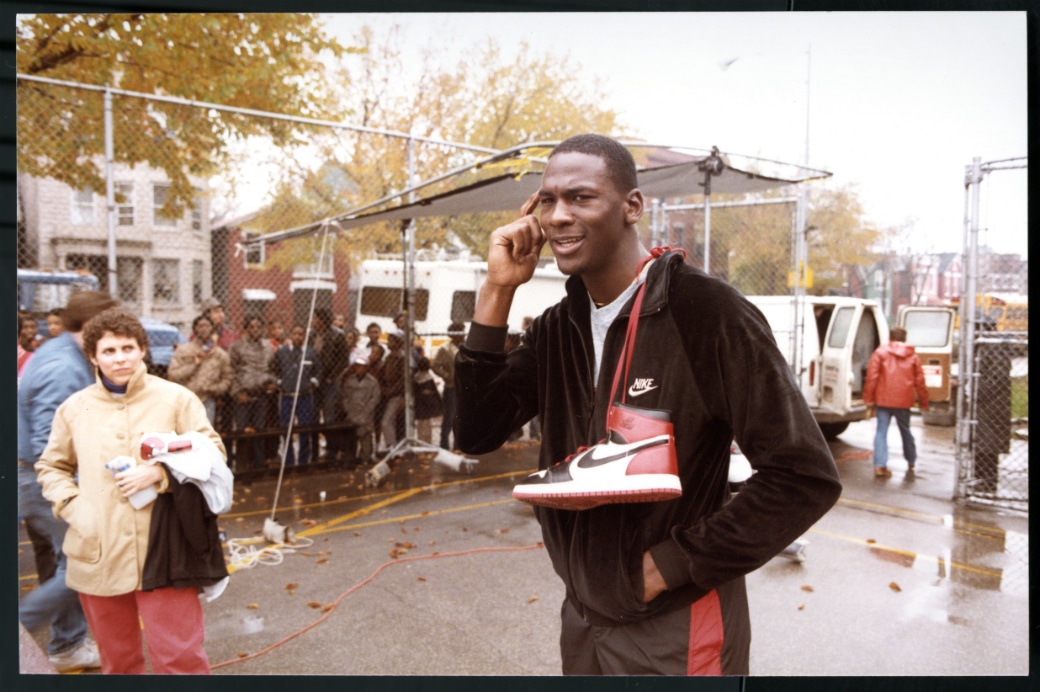 The outrageous success of Air Jordan would change everything when it came to basketball shoes. The year before Jordan was drafted, the biggest sneaker deal was No. 1 pick Ralph Sampson’s deal with Puma. Jordan’s former college teammate James Worthy, the No. 1 pick in 1982, had signed with New Balance for $150,000 a year. Now, with Air Jordan under his belt, agent David Falk could get a huge deal—with adidas—for Knicks center Patrick Ewing, the first overall pick of 1985. They’d go on to sign Run-DMC too, after the group released a song called “My Adidas” in 1986.

But while other brands played catch-up, Nike was off and running. The original Air Jordan I stayed on shelves for over a year before being replaced by the Air Jordan II, a sleek, Italian-made shoe that did away with the Swoosh entirely and left Jordan’s ball-and-wings logo as the only overt branding outside of a block-letter NIKE on the heels. And the Jordan I’s DNA carried forward in the Dunk, a collegiate model done up in all sorts of team colors. The Georgetown Hoyas, Patrick Ewing’s alma mater, even got their own shoe—the Terminator, made up in navy and grey with HOYAS across the heels. 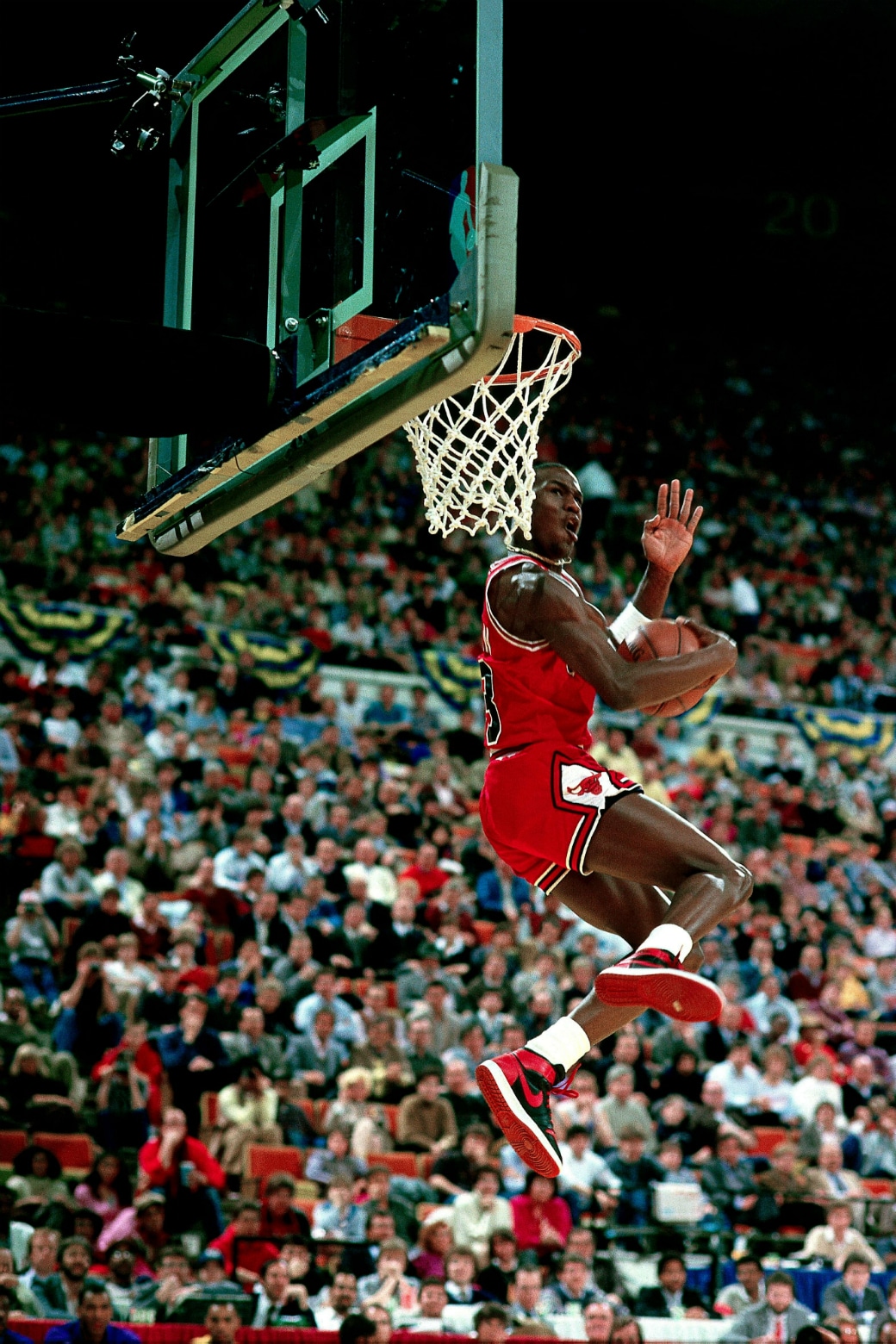 There were missteps of course, both figurative and literal. Following the immense initial success of Air Jordan, Nike produced millions more pairs, many of which wound up selling for far below the suggested $65 retail price. And Jordan himself would break his foot in just the third game of his second season, knocking him out for nearly five months, including the All-Star break. (He’d return in time to play 15 more regular-season games before turning in a legendary playoff performance—63 points at Boston Garden!—against Larry Bird and the Celtics. In Jordan Is, of course.) 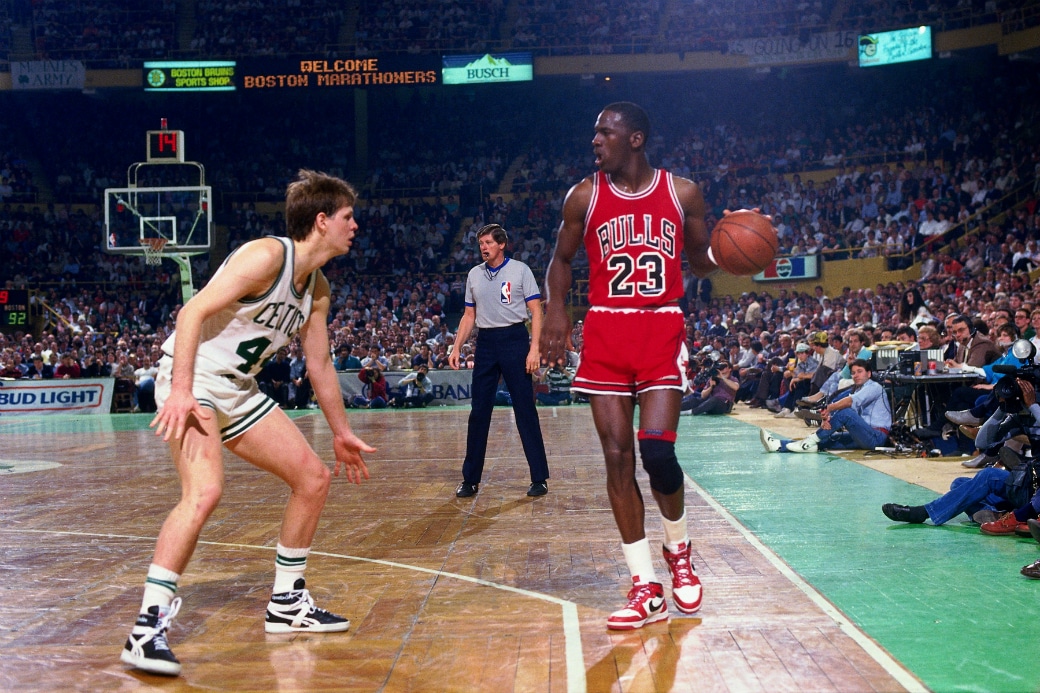 Following that Celtics sweep, Jordan himself wouldn’t lace up a pair of Jordan Is for an NBA game for another 12 years. He never planned on wearing them again. But before what he expected to be his final regular-season game at Madison Square Garden in 1998, he’d found an original pair in the back of a closet and thought it would be cool to wear them one last time even though they were a size too small. He scored 42 points, putting one last mark on a world he—and his shoes—had made.

The content on this page is an extract of an article that was posted by www.slamonline.com. It has not been edited in any way